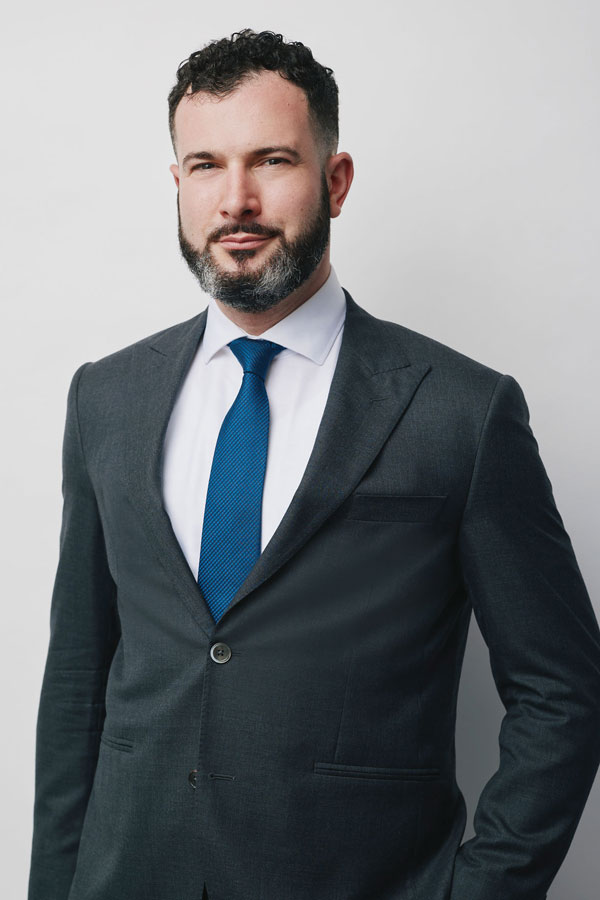 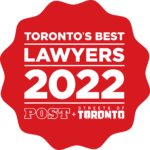 Garth is a partner at Abrahams LLP and has a broad practice focusing primarily on commercial and civil litigation. He has also acted in a variety of corporate commercial matters and has a keen interest in business transactions and business law.

Garth prides himself on resolving disputes for his clients. His goal is to resolve matters in the most effective and efficient manner so that his clients can turn their focus back to managing their businesses and living their lives. He works with his clients to identify their objectives early on and then strategically moves forward pressing and advocating for a favourable resolution. He has a record of success in doing so.

While many disputes can be resolved without the need to formally litigate a matter all the way to trial, the reality does remain that not every case will settle. Garth has the advocacy skills, the experience and a successful track record in litigating disputes all the way to trials or opposed hearings when this occurs. He has successfully represented clients at all levels of court in Ontario (i.e. the Superior Court of Justice, the Court of Justice, Divisional Court and Court of Appeal) in a variety of different matters where he has achieved success in a number of reported decisions.

Prior to joining Abrahams LLP, Garth had his own firm and also spent a number of years at a mid-sized full-service firm in downtown Toronto.

Sample Representative Work:
• Successfully resolving a variety of complex business and shareholder disputes.
• Successful results in contractual and real property disputes.
• Acting for contractors and subcontractors in construction disputes recovering monies owing involving Construction Act lien remedies.  Complete recovery for contractor on complex commercial project in recovering monies owing after bringing summary judgment motion and obtaining notable 2021 costs decision awarding elevated costs against owner for COVID-19 delays in payment to contractor.
• Successfully acting for a purchaser of property in application for specific performance to complete purchase and sale transaction before Justice R. E. Charney in the reported decision Sivasubramaniam v. Mohammad. This was selected as a notable real estate litigation case in the Thomson Reuters Real Property Reports for 2018, cited in the Toronto Star, and cited in numerous decisions since its release for the law which it developed in the context of uniqueness in a rising real estate market.  Completely successful in appeal of this same decision before the Ontario Court of Appeal which affirmed the result in another reported decision.
• Successfully acting in creditor-debtor matters, including secured creditor remedies and many mortgage enforcement actions (including complex commercial cases with competing creditor priorities and stakeholders).
• Successfully litigating a sophisticated fraud/tracing case where he obtained a Certificate of Pending Litigation to protect his client’s interest in a property pre-trial by tracing the proceeds of the fraud into another property and which then settled on excellent terms for his client.
• Successfully acting in franchise disputes (for franchisors and franchisees) and obtaining favourable result in rescission claim involving cross-border litigation issues.
• Representing defendants in motions setting aside default judgments and execution steps (Writs of Seizure and Sale and garnishment). Achieved complete success on vigorously opposed motion and client awarded sizable costs award before Justice Pollak.
• Successfully acting for clients and lawyers (as agent) in having foreign judgments recognized and enforced in Ontario and in obtaining letters rogatory for the examination of witnesses in Ontario in foreign proceedings (Florida) including the successful recognition and enforcement of a sizable international commercial arbitration award (Germany) on an opposed application.
• Obtaining completely successful result at 2-day trial for Hall of Fame NHL hockey player involving litigation concerning family homestead property.
• Obtaining favourable results for both employers and employees in employment litigation (including but not limited to wrongful dismissal, etc.).
• Acted for minority shareholder in strongly contested shareholder dispute where successfully extricated shareholder from company thereby allowing him freedom to move on and build what is currently a top entertainment business in Toronto and recovered monies from majority shareholder.

Garth has also been trusted and relied upon by other lawyers who have engaged him to represent them personally in litigation/disputes.

Academic Background:
Garth is a graduate of Queen’s University where he earned a Doctor of Jurisprudence (J.D.) and graduated on the Dean’s List.  He was selected to the Niagara International Moot Competition (where Canadian and American law schools competed) where the team won the top award for respondent memorial (which he co-wrote) and the team placed third overall.  He also received the course prize in Public Law.  Garth graduated from Carleton University (B.A., Highest Honours) where he studied Law, Philosophy and Psychology.

Garth also studied abroad during his time at Queen’s University where he completed a semester of his third year at the University of Groningen in the Netherlands.

Interests:
Garth is a general fan of sports (watching and playing), with a particular love of basketball, baseball and downhill skiing.  His interests include travel, family, reading and documentaries (especially history, business/entrepreneurship, politics and biographies).

Have a project? We listen, collaborate and take action.
CONTACT US